Briefly about that, who and as manages privatization of our state property 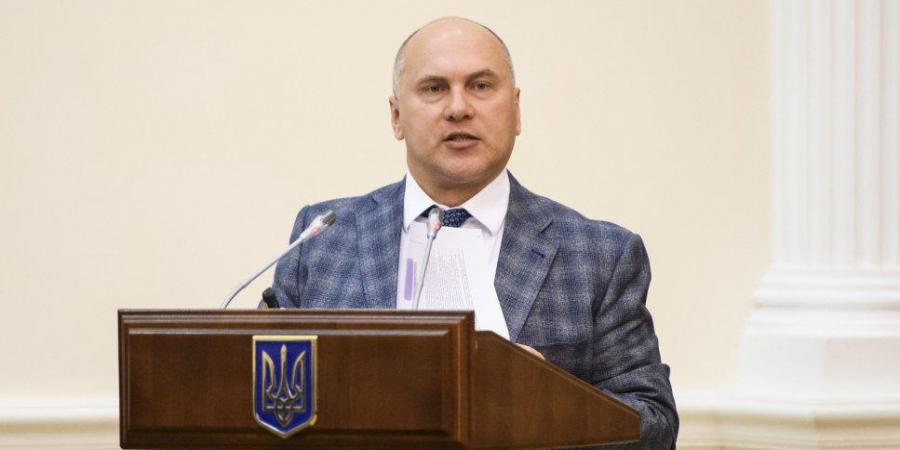 24.10.201844570
For all of us, citizens of Ukraine, and also for investors it is very important to know about that, who manages privatization in Ukraine and as he does it .
Let's tell about the head of the government of reformers V. Groysman and his appointee of the acting as the chairman of Fund of the state property of Ukraine V. Trubarov.

1. About that, how V. Trubarov was appointed acting as Chairman of FDMU
KMU led by V. Groysman was appointed by V. Trubarov, in defiance of Article 8 of the Law of Ukraine "", the order of September 6, 2017 No. 612-r. Which held a position of the chief of staff of FGIU, the acting as the Chairman of FGIU.
V. Trubarov  agreed pleasure appointment to the post to such with violations in September, 2017. I appealed such order of KMU in an administrative court. Due to it positive changes took place in setting, namely on December, 20, 2017 on meeting on consideration of appeal about setting of Trubarova, in the Administrative circuit court of KMU partly corrected errors. having issued 4 orders and having appointed him the deputy, but there were new questions on introduction of an additional position of the deputy and again the order of appointment of the acting as who establishes the Law is broken. At such appointment V. Trubarov since September 6, 2017 still appoints  of the chief of staff of D. Lazurko - that is appoints him to a position which holds itself (on V. Trubarov as on the chief of staff, according to the order of KMU of 06.09.2017 No. 612-r fulfillment of duties of the chairman of FDMU is assigned).
About violation about appointment V. Trubarov officials and People's Deputies repeatedly emphasized: about it it is possible to read in articles and in an interview:

1. Appointment Trubarov of the acting chairman of the State property fund undermines confidence to privatization - Igor Lutsenko;
2. More really process of big privatization in Ukraine is absent;
3. Homutynnik criticized work of the acting head of the State Property Fund;
4. Trubarov is appointed the head of the State Property Fund in violation of the law, and all acts and agreements which he will sign, can be recognized as insignificant

- Where conducts Groysman's Government simple Ukrainian - to constitutional the rule of law or to "lawlessness";
- Arbitrariness of the power and lawlessness of citizens signs of modern Ukraine;
- Achievement of judicial reform is only increase in the salary to judges and all...;
- Judicial reform deprived of us the right for court.

2. V. Trubarov personally as the chief of staff, did not carry out the judgment on renewal in a position.
As an example of RV FDMU Chernihiv and Zaporizhia regions. Concerning it on the Chernihiv region several applications were written, especially on punishment of guilty government employees in non-performance of the judgment and on regress on payment for forced absence - reaction is absent. Example: according to the decision of the Chernihiv district administrative court on case No. 825/603/17 of 12.05.2017. Order FGIU of 31.08.2017. No. 154-r of Yovenko V.I. was reinstated as the chief of RV FDMU on the Cherkassk region since 29.03.2017.
Only 31.08.2017, after intervention of the public, V. Trubarov took pity to execute the judgment of 12.05.2017.

4. Absence of Public Council at FDMU
Paradox, but FDMU - the only central executive authority of Ukraine in which there is no Public Council.
V. Trubarov issued the order of 03.10.2017 No. 1518, about cancellation of the order FDMU of 04.08.2017 No. 1268, namely about cancellation of initiative group on carrying out the constituent assembly of Public Council.
At that time the initiative group was already cancelled because to 04.10.2017 were already appointed the constituent assembly of Public council which took place. The protocol of the constituent assembly of 04.10.2017 was provided in FDMU. But, V. Trubarov violated requirements of Standard provision on publication of the protocol of the Constituent assembly of Public council at FDMU of 04.10.2017, And the requirement of the resolution KMU of November 3, 2010 No. 996.
By this time FDMU did not fulfill the requirement of Paragraph 8, 9 of the Standard provision on public council at the ministry, other central executive authority, Council of ministers of the Autonomous Republic of Crimea, regional Kiev and Sevastopol city, regional, regional in. Kiev and Sevastopol of public administration, the approved resolution KMU of 03.11.2010. No. 996, namely: in FDMU terms established by the legislation on the official site did not publish the Protocol of the constituent assembly of Public council of 04.10.2017 which was submitted to FDMU of 05.10.2017.; on the basis of the specified FGIU protocol did not approve the structure of Public council and did not announce it on the official site.
Also, according to item 8 of the Order of carrying out consultations with the public on the formation and realization of state policy (further - the Order) approved by the resolution of the Cabinet of Ukraine of 03.11.2010. No. 996 "About ensuring participation of the public in formation and realization of state policy" submits to FDMU within three working days since the beginning of carrying out consultations with the public Public council drafts of the relevant normative legal acts and information and analytical materials to them. This norm of FDMU does not carry out.
Thus, there is a question of legitimacy of the adopted all normative legal acts in pursuance of Law No. 7066 and and Law No. 7066 and with arrival V. Trubarov remains to FGIU without the public control provided by the resolution of the government of "the criminal power".

More about this in the article: Legally or outside of the legislation, the Government of Groisman will act after the adoption of the Law of Ukraine "On Privatization of State and Communal Property".

More in the video:

5. Privatization and crime
23.11.2017 the Attorney-General of Ukraine Yu. Lutsenko published on the FB page information on interrogation V. Trubarov, according to the announcement to it suspicions and about transfer of this criminal case to NABU.
Actually, V. Trubarov is under suspicion on criminal cases that gives "привабливисть" for participation of foreign investors in privatization. But such state of affairs suits V. Groysman.

6. A question about the declarations V. Trubarov
Part of the facts about it "lawful income from beekeeping without the land plots in off-duty time, from leasing of the real estate of the mother, about acquisition of the apartment, on receiving gifts again from the mother and how lost the son in declarations is stated in articles:

- “Hives on the balcony and rent rooms to their mother: what conceals the declaration of the main privatizer?“

7. Introduction of "schemes" on platforms by assessment.
Set of articles and the facts about it it is also especially necessary to pay attention as there passed tenders for attraction of these platforms.

1. Here so module, here so son of a bitch!;
2. Immovable scheme;
3. Ukrainians through the new scheme will pay 600 million: as the people's deputy and whose firms will earn is involved;
4. A number of articles on Facebook.

BIG PRIVATIZATION under control of V. Trubarov - too under the threat.

Therefore it is necessary to control actions of the power, not to give them the chance to violate the law and to leave the rights of citizens, nobility and fight for the constitutional rights, for transparent privatization, for receipt in the budget, to fight against emergence of monopolization (oligarchization) and to fight against discretion of officials.

Author's blog – permanent link to the article
D. Kachur, member of the Public Council under the State Property Fund , expert on privatization issues