The power is old, the power new - David Kopperfild envies. «How to steal Kyivriverport from community» 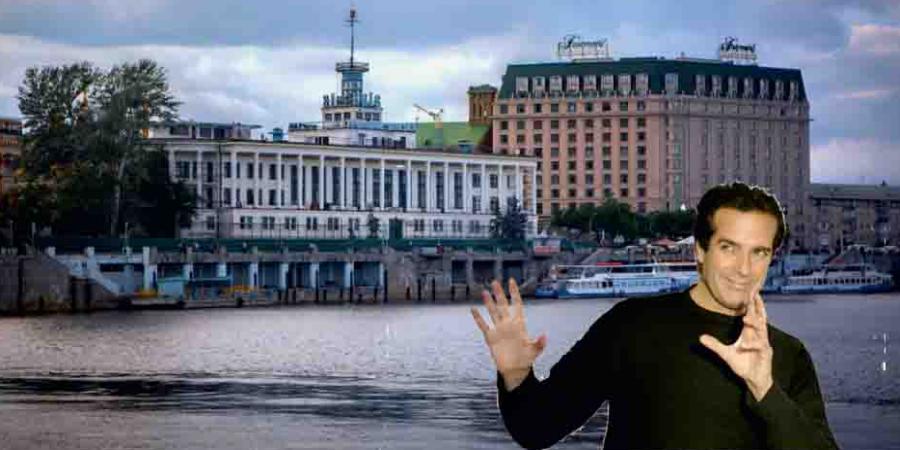 Order of Fund of the state property of Ukraine of 10.11.1992. No. 477 "About transformation of the enterprises and the Ukrrechflot organizations was provided to be created on the basis of property of the fleet and 20 enterprises - GASK "Ukrrechflot" and joint-stock companies. At the same time, by the legislation existing for that time, in particular Article 13 of the Law of Ukraine "About Privatization of Property of the State Enterprises", carrying out privatization it was assigned to the commission on privatization. You guess, nobody created any commission, and the Act of estimation of cost of complete property of a complex (as of 01.09.1992) approved (the protocol of 18.09.1992 No. 1) by the commission created by the order of the chief of Kiyevrechport of 28.08.1992 No. 307 and which part only representatives of the enterprise were roughly violates requirements of the Technique of estimation of cost of subjects to privatization and rent (Resolution KMU of September 2, 1992 No. 522). 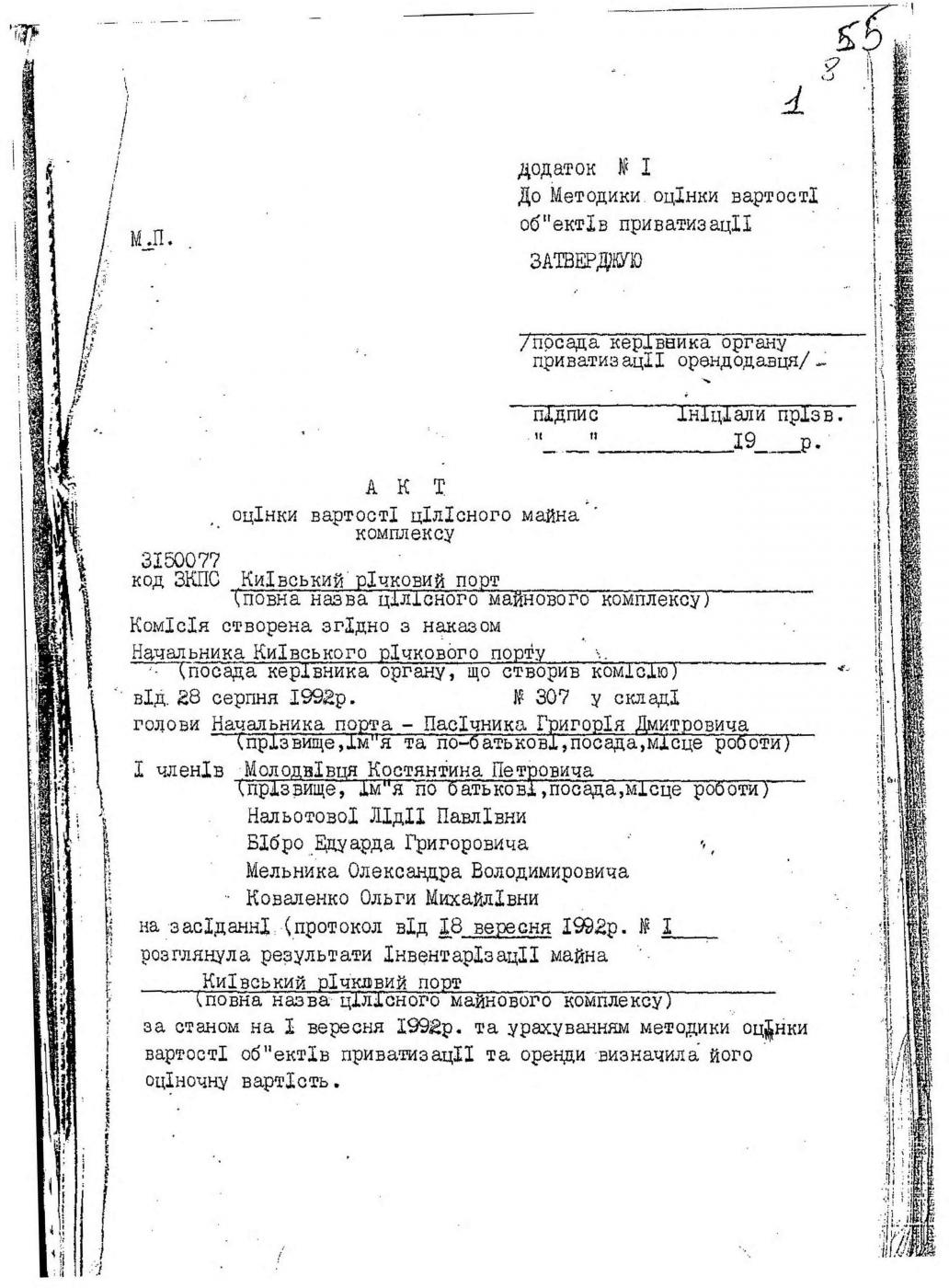 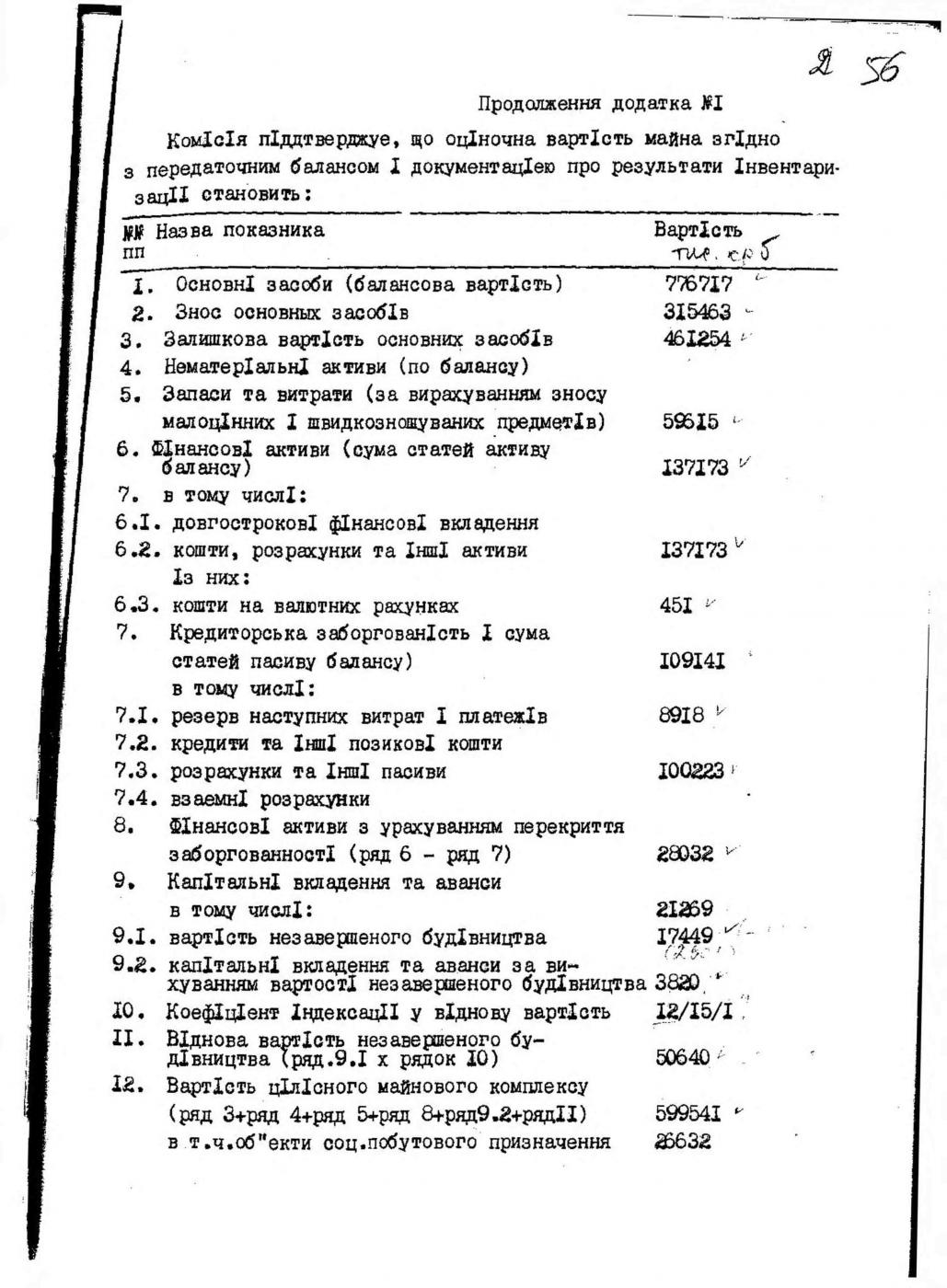 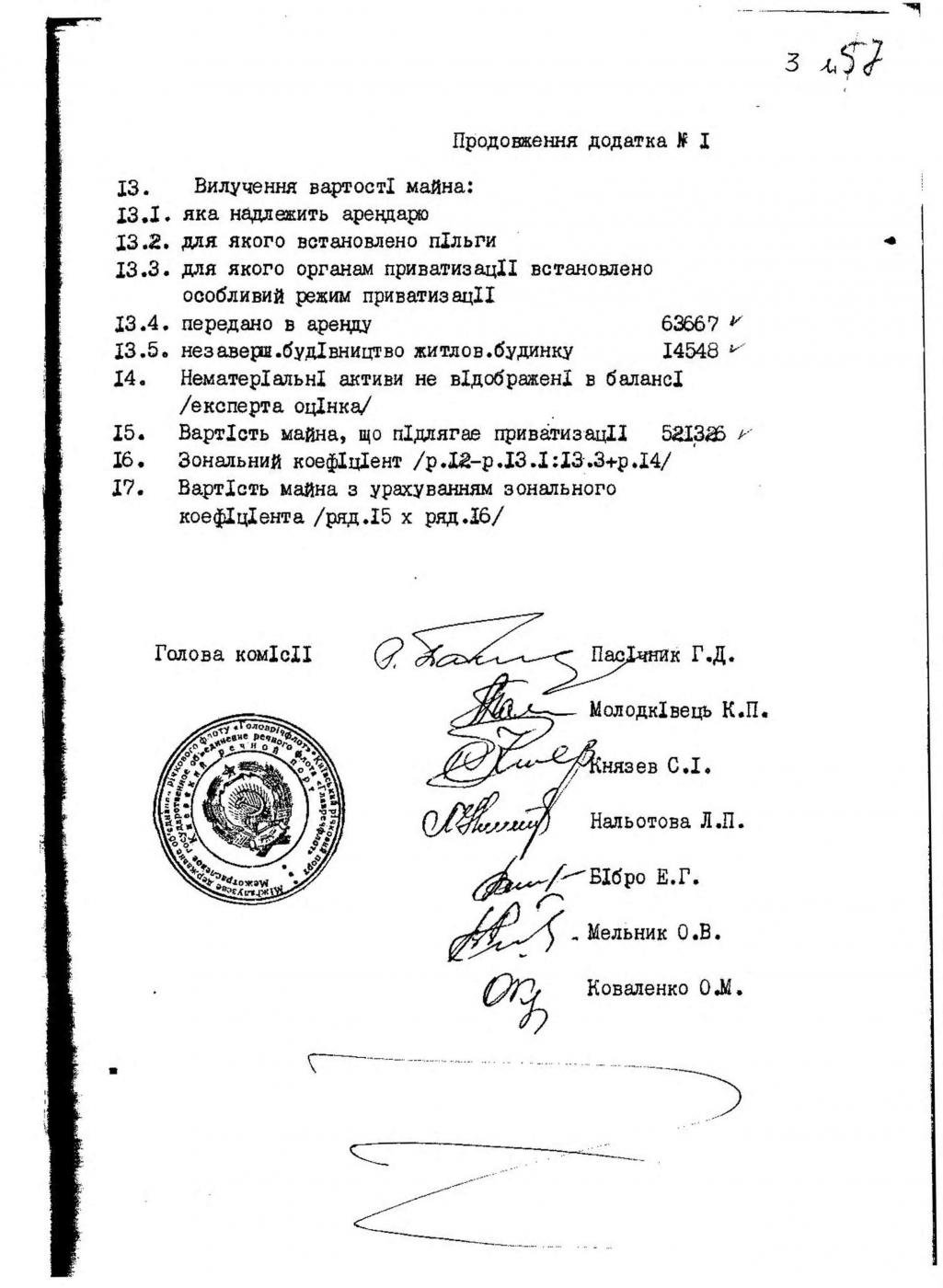 And definition of an authorized capital of JSC Kiyevrechport, in general happened on the legal decision of a meeting in FGIU of 11.03.1993 on which it was decided to lease gratuitously port (hydrotechnical) constructions (cost of 63667 rubles) In Kiev. 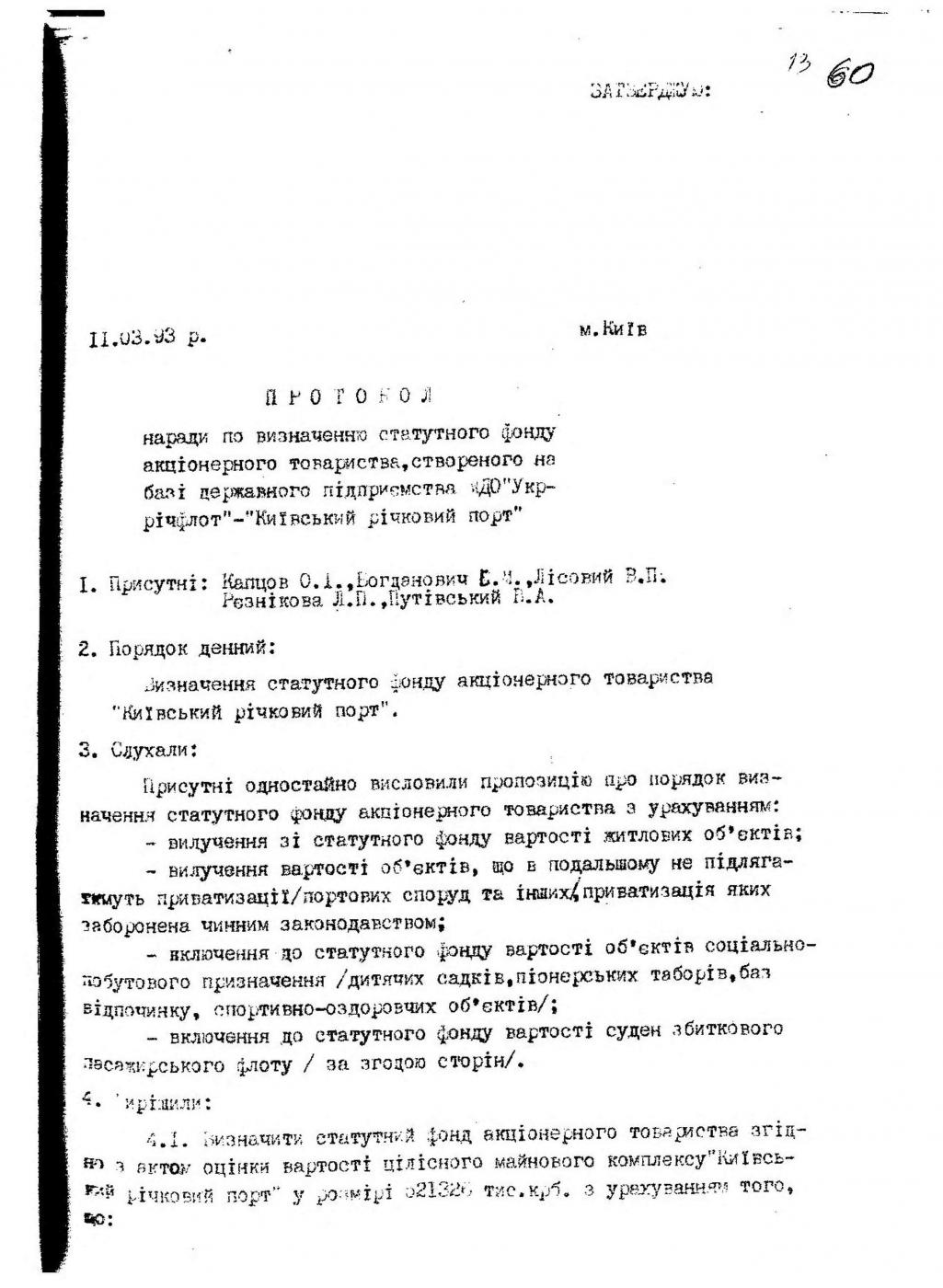 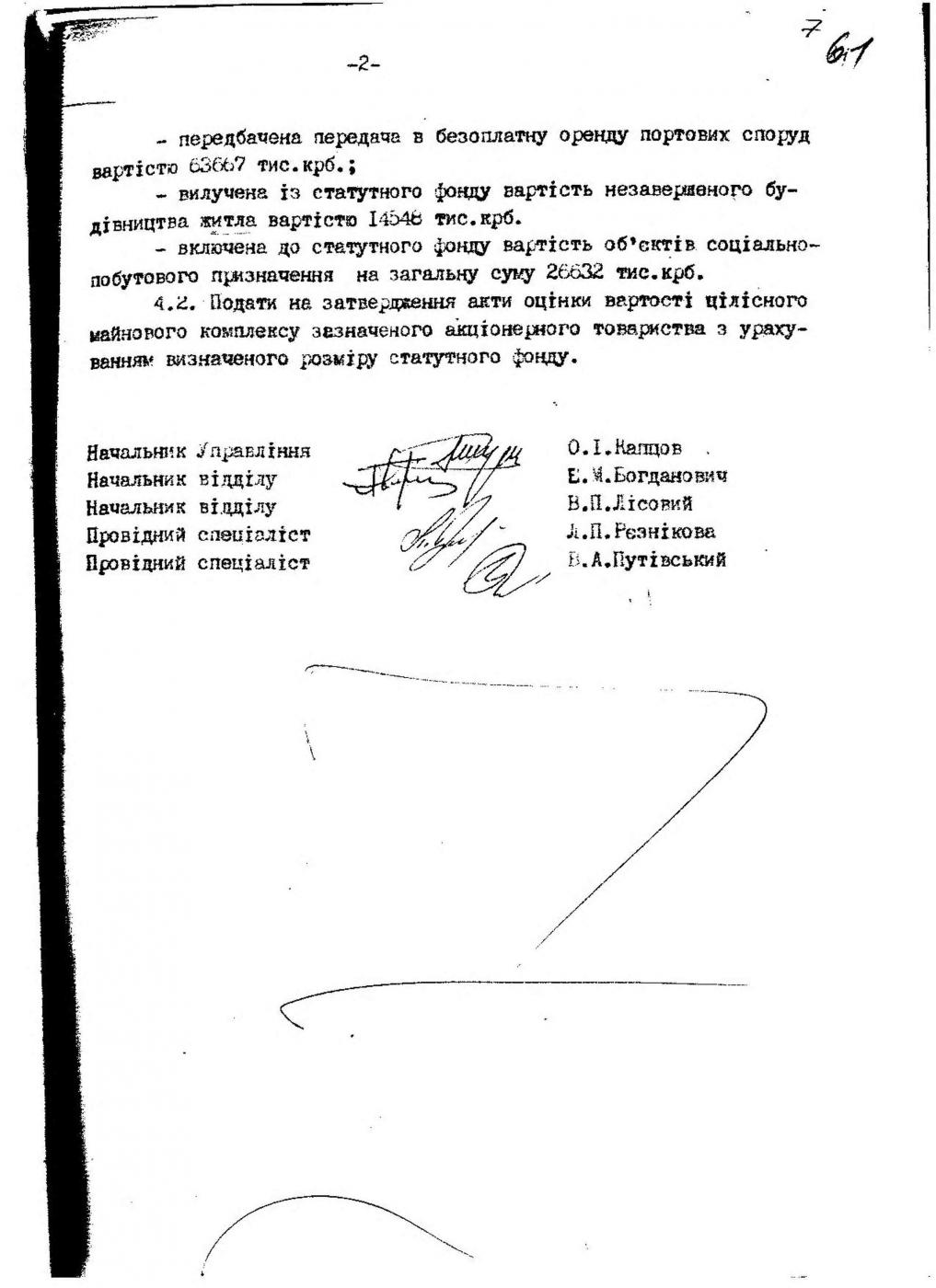 Also behind this decision in an authorized capital it was included the hostel on Turovskaya St. (12) in Kiev, at the same time, clear that members of a meeting have no powers of the commission on privatization therefore this decision contradicts the legislation too. 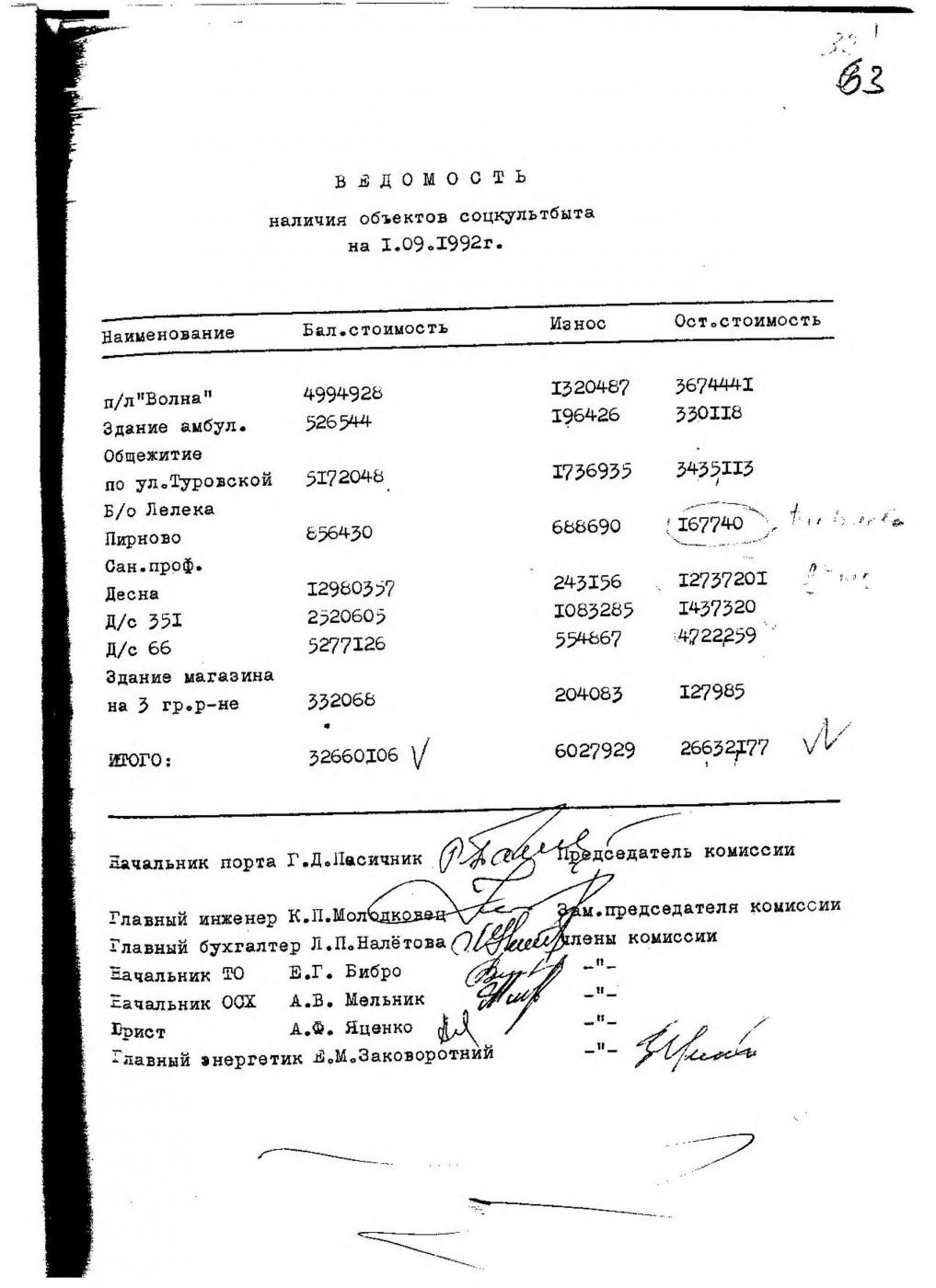 Thus, all port and hydraulic engineering constructions (moorings, etc.) in were transferred to the order of Kiyevrechport for only 1 UAH (without execution of the corresponding lease agreement) in Kiev. 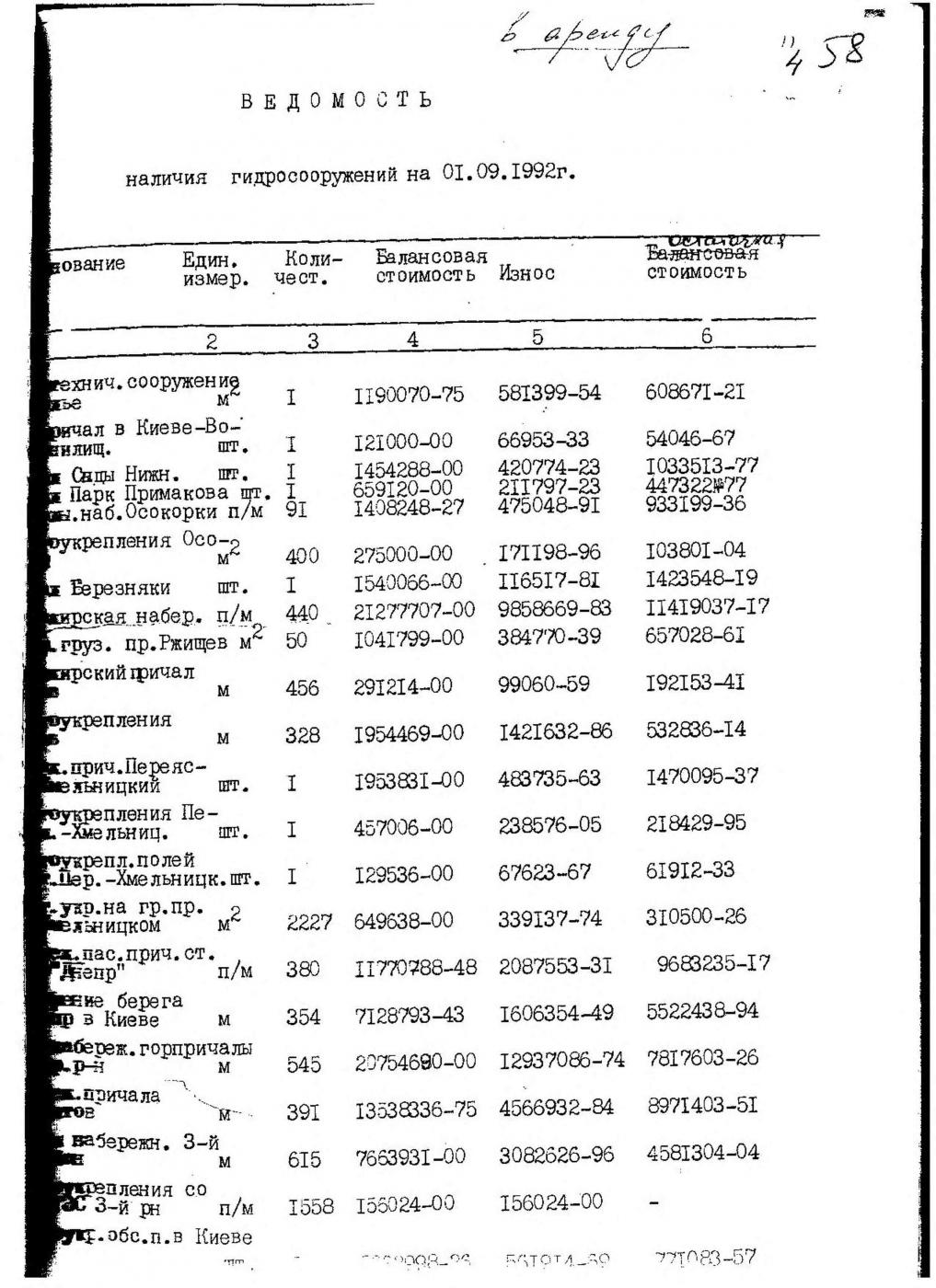 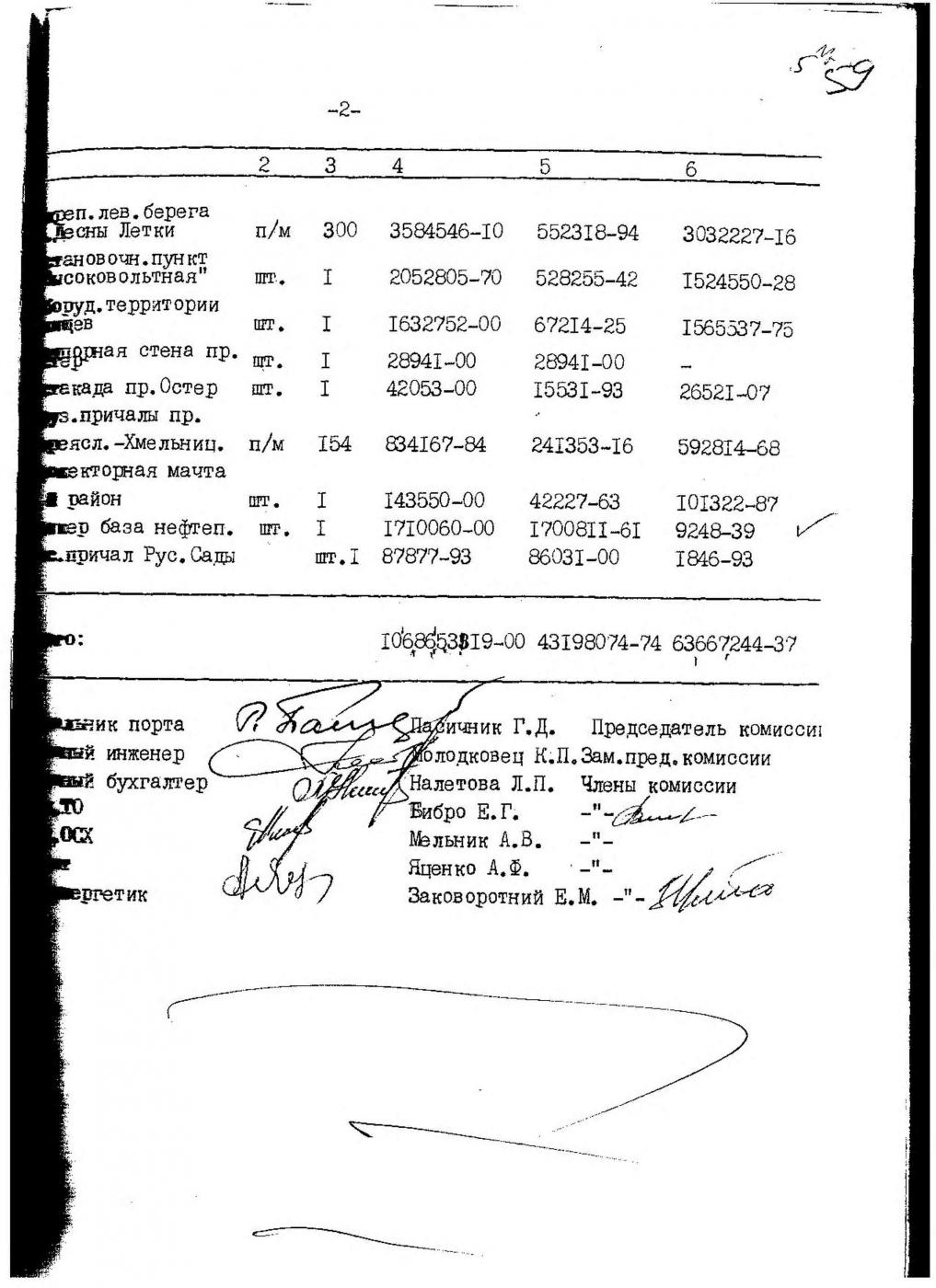 And more than 25 years they successfully fill the budget of owners of port, and the community only watches "wars of landing-stages".

Please note that the property did not change the status, it still belongs to community, but use it with the permission of only individuals, and the community from this irresponsible relation in city budget receives nothing, and these are large sums which would be enough not only for repairs, but also for development of the same infrastructure.Possibly it is our dreams, but it would be very desirable to go in the summer from the left coast on right with the help, as well as in olden days, by the water boat, reducing a way and time.
And it is not everything, the plan of privatization (placement of shares) of the created joint-stock company had to meet the requirements of Article 14 of the Law of Ukraine of "About Privatization of Property of the State Enterprises" and the Provision on the plan of privatization approved by the order FGIU of 10.11.1992 No. 476, but the plan of placement of shares became only the annex to the order of JSC KRP of 09.03.1993. No. 175 "About creation of the commission on subscriptions for stocks of the joint-stock company", thereby again violating the law, certain interested persons by redemption of stocks of exempts and employees of the enterprise received in management (and property) a controlling stake of society. Someone will tell: "Affairs of bygone days...", perhaps, but can it is time consider own means of community which can be aimed at the development of the same infrastructure or to help persons in need. The community itself has to define rules and terms of use of its property. Time has come..........